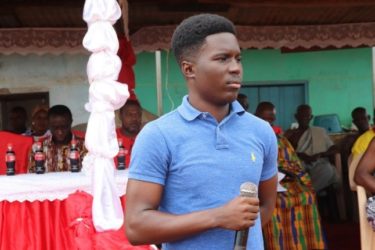 I am pleased to inform the TIS community that hopefully on 20 December, 2019 my Water Sanitation and Health CAS project at Gomoa Brofoyedru will be commissioned. The initial plan was to commission the project during the Akwambo Festival which would have been an excellent time because of the festive season within Gomoa Brofoyedru and also because it would have allowed me to participate in the commissioning before I came to University. Unfortunately, there were some delays in receiving the project funds. Therefore, the project had to commence on a later date.

Another challenge encountered was that the hydrological studies for the borehole revealed that the project required a larger land plot than what had originally been allocated by the community. The provided land space did not allow a safe distance between the borehole for providing water, and the leach pits, which would hold human waste. A larger land space was required to prevent any potential seeping of human waste into the water. The alternative approach to
acquiring a larger plot of land was to construct an anaerobic digestion system which would replace the leach pits. However, through discussions with the community leaders, we were able to receive the extra land space needed to complete the original project scope.

Apart from the two major challenges aforementioned, everything has gone according to plan. The Gomoa Brofoyedru community has been really supportive and kept their promise of providing manual labor and water for the implementation of the project. Currently, the two sets of the 5-seater pour-flush toilet facility have been constructed and the project team is training caretakers who will be responsible for the maintenance of the facilities. It is hoped that sensitising residents about proper sanitation behaviours, coupled with the training of caretakers, will ensure that the project is a sustainable. 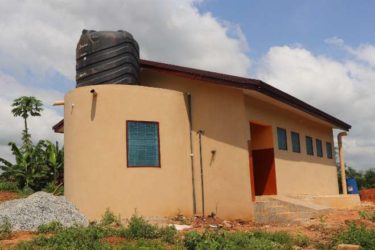 This project would not have been possible without the support from God, the Global Environment & Technology Foundation (GETF), The Coca-Cola Bottling Company of Ghana (TCCBCG), Beta Construction Engineers, my parents (Mr. and Mrs. Adu-Baah) and the TIS community, especially my CAS Advisor, Mr Ebenezer Asime and Supervisors, Mr. Alex Tay, and Mr. David Difie.

Not only are we going to improve the living standards of approximately 2,000 people ,but we are also making a contribution to the U.N. Sustainable Development Goal 6: Clean water and Sanitation.

I hope this project inspires all current students of TIS to make use of the resources available to them through Creativity, Activity and Service (CAS) program to achieve far greater than what I have done. Plan ahead of time and take a leap of faith.

This world can only be made better by once we realise that we grow by lifting others up. Personally, I am going to challenge myself to use the skills gained from this experience to engage in more community projects in the near future possibly in the field of promoting entrepreneurial behavior within local communities.
Alistair Kirk
IB Class of 2019
“