Balance, Down Time and Siestas

There is a misguided belief that everything stops in exam years and you just focus on academics. So, it is disappointing that some of our G12 athletes have opted out of the ISSAG athletics this year, as well as other activities and events over the course of 2018/2019. Has this singular focus worked? To date, no. Hopefully, yes by the end of May. The missing ingredient has been balance. Most students do not engage in sufficient physical exercise during the week. This is a global issue and not just a TIS problem.

But there is too much to do and not enough time to do it! It all comes down to time management, priorities and discipline. Perhaps, removing distractions, such as social media and apps like Telegram will save individuals a lot of time. Deciding if watching a movie, or a series, may be best in June, when you will have all the free time you like, will remove a lazy distraction and save heaps of time.

The most overlooked issue that most students are ignoring is adequate sleep. Short-changing sleep is the same as short-changing your success, as no one can perform at their best if they are sleep-deprived. Kidding oneself, or making excuses, are the two common outcomes from sleep-deprived performance. Having a 60 minute siesta in the afternoon will only throw out sleeping patterns so that the cycle of sleep deprivation is enhanced instead of removing it altogether.

I hope all exam students will dock voluntarily during the entire mock exam session.

Beauty & the Beast on Screen Show

During entertainment a fortnight ago, we decided as a school to be a beautiful reflective mood, so guess what we did? We watched our school‘s adaptation of the Beauty and Beast Production, which was staged on 23 Nov, 2018 at the National Theatre. If you missed it you missed a beautiful moment in your 2018. It was spectacular. Students are in awe and can’t believe they were the once on stage, what an audience, stage and lights can do. We are ceaselessly proud of cast, crew and the entire production team. As our principal mentioned, we have raised our own bar higher. Below are a few reflections from Saturdays’ moments. 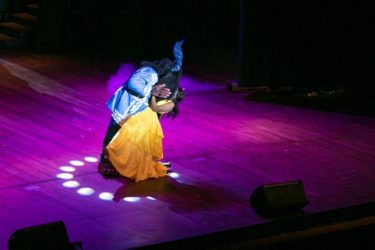 Watching Beauty and the Beast brought back so many amazing memories. It was such a beautiful experience singing and dancing along to different scenes in the movie and there was so much excitement and energy in the room. It was so nice reliving the moment! – Ayeyi Hammond, G11

The replay of the school play was actually awesome and we watched it at the MPH, when I was watching the play I felt like I should have been in the play because it was attracting me all over again. The music, the dialogues, and the characters; everything made me feel like I should be in the next production on the same stage. The moment of watching it on screen really had a different feeling. It was cool, interesting and creative. – Jennifer Noronha, G11

The nostalgia!!! Beauty and the Beast was truly an unforgettable experience. The cast, crew and TIS family coming together on Saturday night to marvel at our play was a symbol of what we can achieve with hard work. Teamwork makes the dream work! “With every passing day”, I wish I could relive all those moments over again. – Perdison Christal Perdison, G11 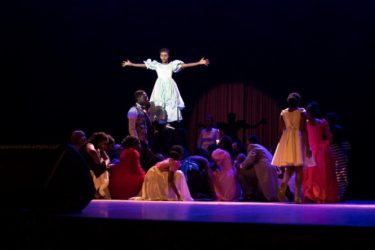 Mummy bought the CD so I have watched it already but I watched it again last Saturday’s entertainment and it brought back many memories. While watching it, I had many flashbacks on the whole process of creating the production. From the late night practices, the constant shouting and our drive to make everything work, I can confidently say that by watching it and reflecting on our performances, I can confidently say we, students of TIS, pulled this off! I feel proud to be part of the cast in producing the TIS 15th anniversary school play, which was an adaptation of Disney’s, Beauty and the Beast. – Yeyo Nartey, G11

I think I want to do it again, the feeling during curtain call was priceless. It the most beautiful feeling in the whole world, accomplishment! – Tiffany Forson, G7

I think, Chip (Cup, son of Ms. Potts) has left it character in me, and watching it on screen has reminded me of the different new me. – Claris Perdison, G8

Watching Beauty and the Beast brought back so many amazing memories. It was such a beautiful experience singing and dancing along to different scenes in the movie and there was so much excitement and energy in the room. It was so nice reliving the moment! – Afranie-Adjei G11