One of the importance of experiential learning is it gives students the opportunity to link the theory learnt in class to real world application. It is on this basis that Grade 9 Chemistry and Biology students embarked on a trip to Ada Songhor Salt Project site to have a first-hand information of the processes involved in separating salt, a vital element to the cooking and preparing of great-tasting food, from sea water. 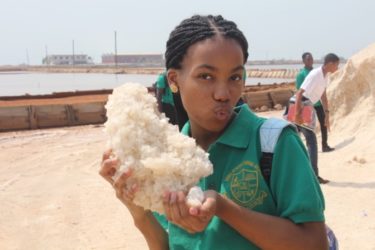 This trip was very insightful. Not only did we learn about the different stages of salt production, but we were also taken to see the process of salt production up-close to help us understand what we were being told. I look forward to attending future trips like this!

On the 25th of January 2019, we embarked on a trip to Songhor salt factory in Ada. Over there, we learnt about the various processes salt goes through to become the salt we all know, the different types of instruments used in producing the salt such as the aerometer among others. We also went to the water which later crystallizes to get the salt we all use and is later crystallized, purified and packaged for consumption.

The trip made me see the essence of salt and also the various stages and earth processes the salt undergoes to become safe for consumption.

From this trip I saw that salt is found all around us and is very important to human life. 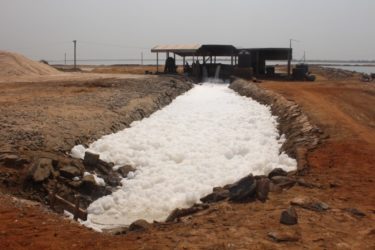 One new thing I learnt was that the production and extraction of salt is environmentally friendly. Songor Salt project is underneath the Ministry of Mines and Natural resources to extract rock salt from the sea using weather conditions like solar energy and humidity.  The salt is later processed into iodized salt as per the World Health Organization Requirements to prevent goitre. Salt extraction has four main process; evaporation, concentration, crystallization and harvesting.

Since the project is natural, high temperatures are critical for the brine kept in different reservoirs to evaporate then when the water content reduces it becomes more concentrated and it is placed in the crystallizers and the salt solidifiers, its like the evaporating dish, then its harvested. This trip taught me that about measuring the salinity of brine requires the Aerometer and how IB learner profile attribute of Risk taking is exhibited through the salt production as rains and weather conditions can influence production. There is also self-management, producers have to get the right conditions and temperatures to prevent contamination.

The most fun thing I learnt as well was, salt has over 14,000 direct and indirect uses. This trip has taught me to value processes involved in the separation of mixtures, not be afraid of taking risk and to appreciate our natural environment. 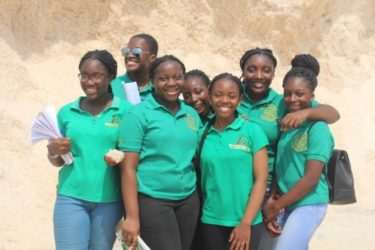 I learnt a lot on this trip, things such as Baume being a unit for salinity and I was reminded of things previously studied such as separation techniques like evaporation and crystallisation.

Just like we studied in Chemistry it was mentioned that the chemical name for raw salt is Sodium Chloride (NaCl) and I also discovered that there are other compounds in the ocean water apart from Sodium chloride and some of them are Magnesium Chloride and Calcium Carbonate. The concentration (salinity) of salt in a liquid is measured using a unit of measurement called Baume, an aerometer is the instrument used to measure salinity.

I think it was a very productive trip and I would love to go on some more just like it.

Enjoy the rest of the week