Cultural practices are mostly ancient customs started from the old days and developed over time and have been kept up to today. Cultural practices are very much sacred in some regions of the world, because they were probably taught to its participants since they were little. These people have grown up with it and have been practising them ever since. Knowing the story or meaning behind it and its importance, they probably decided to keep it with them. 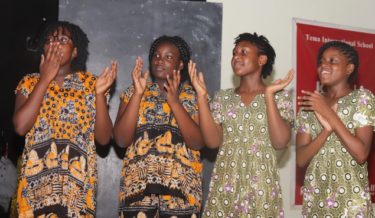 There are some bad aspects of cultural practices and there are good ones. This depends on your culture, religion and ethnicity. For example, the documentary I will later be talking about, Spirit Child, by investigative journalist, Anas Aremeyaw Anas, exposes the bad and totally barbaric nature of a certain cultural practices. Children whose futures have been predicted and deemed as bad or children that have been named, ‘evil spirits’, because of the way they look or “misfortune they bring to the family” are killed. Another bad aspect of some cultural practices is that some of them, although unreasonable, are compulsory. For example, during the puberty rites of some ethnic groups, young females are forced to walk around their neighbourhood absolutely naked. Another barbaric cultural practice is child marriage.

In this write-up I will discuss the similarities between Ola Rotimi’s, The God’s Are Not to Blame, and Anas Aremeyaw Anas’, Spirit Child documentary.

The Gods Are Not to Blame is a play written by Ola Rotimi. The play discusses a number of issues, including the cultural practice of ritual killing. Odewale, the newly born child of King Adetusa and Queen Ojuola had to be killed because a priest of Ifa, Baba Fakunle, predicted that Odewale woud grow up to kill his father and marry his mother. Though this killing did not happen, the practice of killing a newborn child because of some divination is similar to ritual killing in Anas Aremeyaw Anas,’ Spirit Child, investigative documentary. 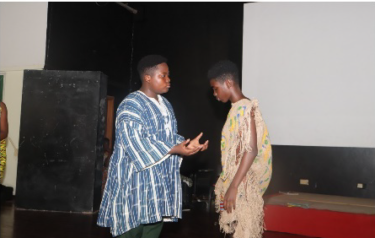 The Spirit Child is a documentary produced by Anas Aremeyaw Anas. It talks about the cultural practice of a particular people in Northern part of Ghana. “This practice is an ancient custom shaped by absolute ignorance and poverty which involves the killing of spirit children” (Al Jazeera, 2018). When born deformed or with a disability, the child is seen as an evil spirit not only because of how they look but because they are seen as burdens onto the family. In the part of the world, poverty prevalence is relatively high so a number of families require their children to work with them on their farms, but, if the child is disabled, he/she can’t work and their mothers must spend time caring for them. So, these disabled children are seen as an extra burden and a curse to the family. As a result, they believe they must rid the world and their village of that child in order to “save the child’s family’s life” (Al Jazeera, 2018). They kill the children by consulting medicine men to prepare poisonous concoctions to give to the children. Anas Aremeyaw Anas was able to collect enough evidence to bring some of these men to justice.

I think cultural practices that take the lives of others must be stopped. Anas did well by exposing this barbaric cultural practice, which led to some measures taken to bring an end to it. As witnesed in the documentary, people advocated for these children’s right and the ritual killing to stop. I believe when the law is well applied and culprits of ritual killings of any sort are punished, others who are doing the same and have not been caught or anyone who plans to do so will think otherwise.